We continue with our daily updates on the team profiles and today we will discuss five more teams and their performance in the latest patch.

Team DK in my mind is somewhat similar to what Real Madrid is to Football. All of their players are exceptional on their individual roles. Unlike Real Madrid, though, they manage to not only shine as solo players, but work amazingly as a team. It is unsurprising that they are currently among the favorites to win the TI4.

Batrider. This hero has appeared in almost every team's priority list. With team DK, however, it was either picked or banned only 9 out of 48 games.

It is really hard to tell what is the reason behind the lack of respect for this hero, but it certainly did not affect the Win Rate of the team.

Speaking of respect for a hero -

Morphling is one of the unique priorities for team DK. Not only do they have a 100% Win Rate with him out of 7 matches, but they also tend to ban him a lot - he appears as either a pick or a ban in 33% of their games.

Mirana is another hero that somewhat stands out. We have already mentioned that she became unfashionable after the 6.81b nerfs, but it didn't stop the team from actually picking her in 53% of their games with an impressive 76% Win Rate.

For quite some time team DK seemed completely unbeatable. Innovative drafts coupled with the aforementioned high individual skill is a deadly combo. Out of 48 matches in 6.81b, they won around 71%.

Recently, however, they were overtaken by the Invictus Gaming in some of the Chinese tournaments, as well as losing a couple of games to NewBee. The same speculation of mind tricking to appear weak is applicable, and we think that the team will do extremely well in the tournament.

One of the scariest teams during TI2 did not get a direct invitation this time around. To be perfectly fair, the roster has substantially changed, however it still managed to secure its place at the event through the qualifiers.

One of the things that could bother the fans the most is lack of actual tournament participation by the team in the last patch. 17 games played competitively is among the lowest numbers for any team going into the tournament.

There isn't much that can be said about the drafting preferences when the sample size for 6.81b is so limited. However, two heroes manage to somewhat stand out.

Kunkka is among the teams favorites, when it comes to non-staple priority heroes. Despite that, he only has a 33% Win Rate in 6 games, being rather underwhelming. Is it the execution of the hero that has resulted in such a low Win Rate, or is the pick less viable than LGD assumes? We really can't tell, but there were some other Eastern teams that have occasionally used the hero with a relative success.

Shadow Demon is another odd priority. It is a hero that is picked quite frequently in the competitive scene, but in case of LGD-gaming he appeared as a pick in almost 60% of games. The Win Rate, however, leaves a lot to desire for.

There isn't really much to tell about the team, as the sample size is very small. A 42% Win Rate in this case is not fully representative of the actual team performance - it did after all win the Chinese Qualifiers and the format of those eliminated luck almost completely.

We will not speculate on the team any more and wish it all the best in the tournament.

Team NewBee is in no way a new team. For the most part it is the former TongFu squad strengthened by xiao8. As such, it did not only deserve a slot at the International 4, but has a really high chances to do exceptionally well.

There is not a lot that can be considered unconventional about this team, but a couple of really interesting ban priorities.

Naga Siren is one of them. The hero is undeniably strong, and is still one of the more versatile heroes, given that she can be played as a mid, carry and a support. She is also extremely disruptive to particular play styles and can easily reset a fight, provided she was not the one initiated on.

The team also holds an extremely high respect for

Ember Spirit. It seemed that the hero was completely forgotten in the latest patch, since his damage output has dramatically decreased and he was no longer perceived as fit for the current mid-game oriented meta. Well, NewBee here are trying to prove this wrong. They have played hero 6 times and banned him the same amount, and have a very high Win Rate on him - 83.33%.

This team is very strong. Managing to take games off DK and IG and featuring a 64.86% Win Rate in 37 games. Not only that, but it is also one of the Eastern teams that has only participated in "Premium" league tournaments, hence their opposition has always been very skilled.

TongFu was a strong team, but it never truly shined. This time around, with the leadership from xiao8, it seems to have unlocked the potential of the players.

One can't deny the fact that team Titan appears extremely strong. While mainly consisting of former Orange players - a team widely regarded as Mushi + 4, it keeps on showing undeniably impressive results, despite the lack of its former "star" player.

Not only that, but it is one of the teams with the highest amount of competitive matches in 6.81b. Having a hands-on experience with real opposition is one of the things that can give a huge advantage.

The team is rather conservative in its drafting stage. To be perfectly honest, they look too conservative - most of their drafts are directly in line with what an average of all other teams' drafts would look like.

Despite that, there are a couple of interesting heroes in the lower part of the table that are worth mentioning. Both of them fill more or less similar roles of tanky semi-carries, and that is what is somewhat unique about the team.

Viper appeared 25 out of 73 competitive matches for the team. It was a pick only in 8 of these, with 6 games won. While the pub-stomping capabilities of the hero are undeniable, it is rare to see him in competitive matches lately, especially as a ban.

Razor, on the other hand looks like the team's ace up a sleeve. A 100% Win Rate in 15! games is a thing to look out for their opponents during the drafts. Not only do they do well on the hero - they do it extremely consistently.

For the sake of the argument, I will only concentrate on the "Premium" league games. While the "Professional" Eastern leagues often feature the biggest names in the scene, the "Amateur" ones are usually too easy for a Tier 1 team.

In the "Premium" leagues in 6.81b team Titan has managed to win 76.67% of their games. That is out of 60 games played total, hence making the statistics a lot more relevant and to be frank, quite scary.

Consistent performance coupled with the extensive warm-up before the event is probably going to pay off during the International 4.

Featuring some former DK and LGD players, Vici gaming may not be the fans' favorite, but they do deserve a fair amount of attention.

After a very impressive series of performances in 6.81, the team has hit a minor bump in 6.81b, but they are still a very strong and accomplished team.

It is rare to see

Enchantress valued so high, but that is exactly the case with Vici - the hero has apeeared as either pick or ban in almost a half of the team's games. Out of 9 games when she was actually picked, they won 6.

The team is also not completely disregarding

Invoker. From a rather small sample size of 16 games in "Premium" leagues and 23 in "Professional", the hero appeared in 13. 33% appearance rate for an unfashionable, albeit strong hero is among the highest for all teams.

To be perfectly fair, the Win Rate for the team is rather low - 43.75% and 52.17% in "Premium" and "Professional" leagues respectively. However, a more interesting statistics comes from the distribution of wins depending on the side.

While for most teams it is the case that the discrepancy in Win Rate between Radiant and Dire is minimal, in case of Vici it is 13.14% in favor of Radiant - a side that is usually considered to be slightly less viable in competitive play jut because of the Roshan Pit location.

We are not sure if it just a small sample size, a next-level mind trick or a genuine preference of the team that results in this discrepancy, but they are certainly going to be entertaining to analyze during the tournament. What about the distinct lack of certain hero pick/bans from the CN teams. I.e Tinker?

Frankly, im looking forward to see some draft shenanigans with Kunkka and Tinker together, X mark Tinker Siege. Or even other stuff like relocate X mark as a substitute to Relocate re-call, even X-mark and test of faith. In the Vici picks and bans section you say that out of 39 games played, Invoker appeared in 13% rather than 13. 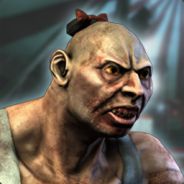 Uhh, might just be my inner grammar Nazi, but appeared in VG's enchantress section is not spelled correctly; and the "s" in just isn't there.