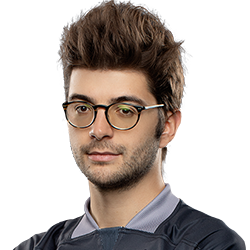 Sébastien "Ceb" Debs has competed in Dota 2 since 2011. He transitioned to coaching OG in 2016, but in 2018 was called back to active play as a stand-in for the squad. He ultimately filled the offlane role as the team went on to win historic back-to-back The Internationals in 2018 and 2019. His Axe play at The International 2018 was immortalized in a memorably animated portion of the Valve-made documentary, True Sight 2018.

While Ceb intended to shift back to coaching for the 2019-2020 Dota Pro Season, the 2020 global pandemic sees him competing with OG again.