The Easiest Heroes to Play, Who Actually Aren't: Support and Offlane

It is hard not to be excited about the first bit of actual marketing for the game we all cherish. Hopefully, the new TV series, coming out on March 25, is going to introduce a lot of new players to the world of Dota and hopefully, some of them will stay for the long ride. A lot of it is going to depend on the first impressions these new players will have though.

We don’t think appealing to veteran players to be on their best behavior is going to do much, yet it is always worth trying. Still, at the end of the day, Dota is Dota — it is a hard, uncompromising, and incredibly fair game where the only way to rise to the top is to get better yourself. You can’t buy or grind up your success and this no-bullshit approach only appeals to a minority of gamers, who are willing to put in actual effort to enjoy something beautiful, instead of going for instant gratification or a slow drip of worthless unlockables.

The ones who might stay are not going to be baffled by high tensions in voice chat, though we should definitely strive to improve in this regard as well. What they can be frustrated with the most, however, is bad advice. Something that would lead to them perceiving the game as unfair. Dota is unbalanced, that is true, but it is unbalanced in a way that is fair: for every single OP thing in the game there are several equally OP answers and so on and so forth. This is hard to grasp in the first several games. Doubly so, if the hero the new player is playing is not particularly newbie-friendly.

Today, we would like to have a quick look at a couple of heroes who keep on creeping up in discussions as good introductory heroes for new players while being decidedly suboptimal choices.

Crystal Maiden is a legitimately incredible hero, especially in the current meta. For a hero with 560 starting hp, 1.5 starting armor, and 280 MS to have a 50%+ win rate, something must be absolutely broken about her kit. In fact, there are many things broken about her kit: her global aura can potentially turn lane matchups on their head, her Frostbite is a big middle finger to many summon-based heroes, her Crystal Nova is among the most annoying slows in the game because of the effect duration to cooldown ratio. Her ultimate is also… well, it is there and it looks pretty.

Here lies the problem: of all the OP things we just mentioned, none of them truly help newer players feel powerful or useful. They might be powerful and useful, at least with their aura, but they just won’t know it. And, at the same time, they'll pay the price for having a strong kit by having poor stats.

Returning to our previous discussion: Crystal Maiden is definitely not balanced, but she is fair. This might be one of the reasons she is so iconic for Dota: she has very pronounced strengths and very pronounced weaknesses, more so than most heroes in the game. However, her strengths require a good grasp of the game to leverage and understand why they are actual strengths, while her weaknesses are easy to exploit and hard to make up for by beginner players. This is more or less the opposite of a good introductory hero.

So what would make a good starting support character? Our money is on either Warlock or Ogre Magi. They are both very tanky for a support, mitigating one of the problems newer players face. Live longer equals play the game and engage with it more, learning faster as well. They have decently strong kits, with easy-to-understand uses. They can be helpful to teammates through either heal or AS/MS increase so that there is the teamwork aspect as well.

Warlock’s biggest weaknesses are the enemy dispels against fatal bonds and his long cooldown on Chaotic Offering. Neither of those are going to be fully exploited in a lobby below Legend. But it will be exposed occasionally and perhaps unintentionally, leading to interesting questions in the head of a new player.

Ogre doesn’t even have glaring problems: perhaps his low cast range on stun is his biggest issue right now and that can be a great learning opportunity about why Aether Lens is great, but why Glimmer Cape is probably better. This is a good point to start thinking of when you need to cover your weaknesses and when you need to double down on your strengths.

The third core, not the third carry

It is hard to discuss the offlane in the context of introducing new players to the game. Over the years the role changed a countless amount of times, with one thing more or less constant: offlane requires flexibility and knowledge of many different playstyles. Depending on the situation, offlane can be viably occupied by a lane dominator, a fight initiator, a frontline run-at-you tank, a pickoff-based hero, or in some special cases, an extra damage dealer. This last point is what we would like to concentrate on in the context of new player experience.

The most popular offlane hero in the lower level brackets right now is Bristleback. He is also a hero that wins a respectable amount of his games in this bracket: 52% win rate speaks for itself. It is a hero that easily exploits the natural weaknesses of beginner players, while not having easily exploitable weaknesses himself, once again in the context of beginner players. By all means, it is a hero that should fit the “beginner-friendly” archetype, but in our opinion, really doesn’t.

Bristleback is a hero that doesn’t necessarily lead to bad habits but doesn’t quite reward the good ones enough. He doesn’t force a new player to learn the game. Against other beginner players all Bristleback has to do is pretty much run forward mashing W while at 50%+ health, and run back mashing W while at 50%- health. There is a whole other game where 99% of the gameplay is exactly that and Bristleback could be good preparation for the highest level of competition in that game, but he isn’t a good fit for learning Dota.

We don’t think Underlord, who is the most successful hero in the lower level brackets, should be recommended to new players either. For somewhat similar reasons: these heroes don’t challenge the players enough. Great for when you just want to have some fun, not so great when trying to improve.

When it comes to the offlane, we would highly recommend heroes like Axe, Legion Commander, Tidehunter and the like. Playmaking initiators with a decent level of tankiness, who require both some mechanical skill and understanding of the game to work, but not too much of either. This will be a much better representation of what offlane actually is, and we won’t end up with “position three carries” in Legend bracket, from players who climbed out of the trench spamming Bristleback over and over again.

What do you think of our recommendations? Do you agree with our assessment, or do you have counter-arguments of your own? Feel free to share your thoughts in the comment section below, while we work on the next part of this mini-series, where we are going to discuss mechanically intensive, DPS roles of the Mid and the Carry.

Excelent article with a very healthy and decidedly useful point of view. Some boilerplate recommendations for new players definitely don't work in 2021.

While i agree to some extend that new players should be challenged. I also think they should learn how the game actually works first. What item does what, what hero's skills do. Having a hero like bristle be your introduction isn't a bad thing in my opinion. The hero isn't hard to learn, which gives you more time to learn how dota is played, how to use items, how to lane, how to not feed etc.

I recently introduced a friend of mine to dota, and they've been rather intimidated by all the stuff to learn. So a steady approach and one step at a time is my two cents. On offlaners... I completely disagree about Underlord. He offers so much knowledge about the game as you are learning. He is the ideal hero to carry team aura items and utility items, which is too often overlooked in low-mid skill games, and instead you end up with a 2nd carry...

He also offers map control and his ult is a great mechanism to better understand how to respond to map movements and to maintain pressure on the lanes. Maybe it's harder to exploit these things in Immortal games, but up to Ancient/Divine he can teach you a lot about the game. Love that hero. I remember when I started playing that I was either forced or guided to play Limited Heroes mode with a much smaller hero pool available. I think that mode was great to learn in - it also did not punish people leaving as strictly as in normal All Pick. I disagree with legion. That hero is horrible. Doesn't farm, has no wave clear unless there's a lot of units, falls behind if no duel damage. BB & Underlord teach you how to dominate lane IMO (I'm ~4600 MMR offlaner) but doesn't teach you how to initiate / team fight.
However these are very good hero to solo & break the lane in lower rank too, also sometime as offlane u need to be a bid greedy too to push the lane.
I used to spam BB to Divine then keep losing and have to play heroes in this article (tide, LC).

BB for new and low bracket players be like spamming W

For lower bracket...I don't know maybe they need to increase their IQ first I can tell something different in this article. Mr. Kawaii sock might be a weeb(non offense :) who really hype up with the anime. and this article reflect in epic speech-like manner.

Jakiro is best for new and old players alike! Tide and Axe are fine. Legion.....well, low level players would've just go to the jungle for almost 10 minutes from the start, leaving the enemy carry free-farmed.

Bane. The hero, himself, is very easy to play. The problem is low mmr players have a rigid 1v5 mentality and consider teamwork and communication to be an affront to their dignity. Totally agree with the Bristleback offlaner part, got a friend that climbed from crusader 3 to archon 1 just spamming the hero. Check out his page here https://www.dotabuff.com/players/107824943 . But then as the skill level increases or the hero gets banned its an automatic loss, because he's not really playing dota, its like a press W simulator and build the same stuff every game running the same items and not really learning anything. G G UNIT!!!!!!!!!!!! There are new players to DotA? I dont get why the facto noobs cant play vs bots to learn the game, fucking baffling...

I would have given My indexfinger to have that chance when i learned to play. 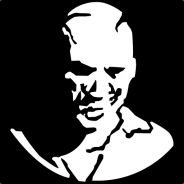 A well-rounded list that also allows newer players to learn the sub-roles of heroes as well. Legion is completely underrated imo. people always expect lc to just blink in and win a duel, the true beauty of lc is that she can stay in the fight with her considerable amount of life steal counter attacks, as well as the heal from her W, no duel required. Also people forget the W can be used on your cores as a dispel that gives attack speed as well as the before mentioned heal. Not to mention in the low mmr brackets a legion with blade mail and blink is a solo kill machine against most heroes, regardless of how many duels you won in lane.