Everything Can Work — Support Death Prophet

We are continuing our series with yet another potential curveball you can throw during the drafting stage. Today we are going to discuss a position five Death Prophet—perhaps one of the most surprising and underrated support heroes of the current patch.

Death Prophet was one of the most popular heroes in the previous patch and for a good reason. After the hero got buffed in patches 7.24 and 7.25 many professional players started to experiment with the hero with great success. Some teams, including 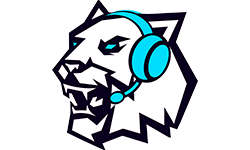 Cyber Legacy would even first pick her.

I first saw support Death Prophet while casting one of their games and at the time I felt like it was simply a forced adaptation for the team: first phase mid Death Prophet didn’t look too great and it was only natural that a decent team would try to adapt and salvage the draft.

Little did I know I was witnessing the start of a trend: one that might not be dominant, but nevertheless worth discussing.

The short answer is no, she isn’t overtuned, especially not after the small nerfs in the last couple of patches. However, the hero is still incredibly strong and, what is important for the scope of this blog, she doesn’t really require a lot of investment.

Typical mid Death Prophet mostly cares about one thing—survival. For as long as she survives, she can keep on dealing massive damage to both heroes and structures in a teamfight. The hero has excellent innate tools for that as well: Spirit Siphon is one of the strongest healing and damaging spells in the game, especially when it comes to late game.

Now, when you switch the hero from a core to a support position several interesting things naturally occur. She becomes less of a priority for the enemy team, she receives less XP and gold, and her survival becomes less crucial for the success of her team. The last part is particularly interesting, since while Death Prophet’s survival becomes less important, her damage output remains relatively the same, while her utility can be even higher.

The biggest reason Death Prophet’s utility as a support can be higher, compared to mid, is that she can safely skill up her Silence and ignore Crypt Swarm. A 425 radius Silence is already quite nice, but many also underrate its duration, which is six seconds at max level and its cast range, which starts at 900. That theoretically means you can silence targets from a full screen away and with the amount of heroes who rely on mobility in the current meta this can’t be underrated.

It is also a surprisingly strong laning tool. Our biggest concern when attempting to play the hero in the support position was her laning, but come level three the hero lanes exceptionally well. Second level of Spirit Siphon allows her to be very aggressive, while trading with impunity. One level of Silence is also often enough to prevent any counterplay from the enemy while Death Prophet’s stats at the start of the game are among the best.

Getting to level six by minute ten is absolutely possible for the hero and at this point her damage output and surprising survivability is unparalleled among support heroes. What is perhaps even more important for pubs, she also becomes a push threat and unlike mid Death Prophet, she gets to press her ultimate at will.

What does the core Death Prophet want to do? She wants to hit her item timings with Eul’s and then start grouping up with her team to push and take objectives, before going back to farming for her next item. The last part is very important for any core hero, because they are heavily dependent on their item and level progression.

This is in stark contrast with a support Death Prophet, who doesn’t need to farm and can start playing around her offlane and position three support as soon as she gets level six. Basically, as a core, Death Prophet is playing an ever-evolving macro game of finding attack opportunities and catching the enemy off-guard with her slightly higher tempo, while as a support her overall playstyle can be described as “haha Exorcism Spirits go brrrr”.

This is infuriatingly annoying to play against. Regardless of her level and items, Death Prophet still pushes really fast, but now the enemy has to constantly commit to stopping aggression from a position five support, potentially using high-value spells. This creates so many windows of opportunities for your team, as it either allows your carries to keep on farming on the other side of the map or go for a turn-around punish, while the enemy is low on resources and abilities.

This evolves even further in full blown 5v5 teamfights. Death Prophet and her silence frequently make her the apex-support on the battlefield, at least for six seconds, and she can generally go in, quickly dispatch of her counterparts on the enemy team and die with dignity. Spirit Siphon typically gives her the necessary movement speed and survivability to close the distance and deal enough damage.

I started experimenting with the hero before Headdress got nerfed and received a price increase, so it was my go to laning starting item. This naturally led to Mekansm and Greaves progression and while this route is still viable, it isn’t as mandatory as it once was.

Truth is, as any support in any game, Death Prophet needs to build items her team needs the most. It can be a recently changed Spirit Vessel, a casual Glimmer Cape, a Force Staff or even typically offlane items, such as Pipe of Insight and Guardian Greaves. The only big defensive aura item we strongly recommend you force your offlaner to rush in particular games is Crimson Guard, since Crimson is typically a counterplay to enemy heavy push and as a support you simply won’t have the time to get it when it matters.

Eul’s is also not a bad idea, it never is on Death Prophet. This item gives you mobility, extra survivability and a TP-cancel. The only problem is that it is a catch-all selfish defensive item and not something a support player should generally purchase as their first item.

One of the biggest problems for a support Death Prophet are the enemies who get to kill her quickly with low effort and commitment. Somewhat unpopular characters such as Zeus and Ancient Apparition should be faced with a couple of Bracers in your inventory and an altered playstyle.

You can allow yourself to die in a teamfight, if the circumstances dictate so, but don’t make it easy for the enemy. Your baseline contribution to any given teamfight with your ultimate up should be at least one kill, all Spirit Siphons used, a couple of Silences and a forced key spell or item usage from the enemy. If you manage to do all this and still lose a teamfight, it really isn’t on you, at least this is what I’ve been telling myself in some of the inevitable losses.

I’ve clinged to the idea of support Death Prophet because I really enjoy playing the hero, but haven’t played core positions in ranked for a couple of years. While it was definitely a learning process, at the end of the experiment my win rate on the hero in ~5.7k average MMR games was at 56%, which isn’t particularly great, but is far from abysmal.

A decent sample size of 16 games on top of it means that I get to safely recommend the hero to all Death Prophet enthusiasts and it also means we are going to continue our blog series. Too often we adhered to the ideas of meta and competitive advantage in our blog posts and now is perhaps the best time to go back to Dota’s roots of simply having fun in our favorite “easy to learn, hard to master” game. I played support dp one game before. I think it's really weak, all you can do in lane is right click. Spirit siphon is strong if enemy just stand there to trade with you but without slow or stun they can just run. She also needs items and levels which you can't get as a support. But thats just opinion of a scrub. Nice Bjork Debut avatar^^. I gained 500 mmr doing this. This article really sums up my thoughts about support dp, particularly the idea that she has about the same damage output as mid with less kill priority.

Her skills are naturally support and mage based. Leveling silence in lane is very situational. Usually just level 3rd skill 1st then 2 points in 2nd skill to have the most impact in the lane regardless of position. She's bad at pos 1 and 2, cause she is of a high priority target. She is also quite bad at pos 5 due to her ability to flash farm, so a flex pos 3 and 4 pick is suitable. Due to the talent nerf, DP, not being dependent on her talent tree makes her shine in this patch. She is also very resistant against any trilane. nice, I tryied it, works fine. quite a good article actually. Check out the new and improved TrackDota! It's got live tournament tracking, team and player profiles, tournament brackets, and dedicated esports content.