Since the release of the new Esports section on our web site I have wanted to go over the teams that will be present in TI4 in more detail. Today we will be discussing the most popular teams going into the tournament, their recent performances and draft stage preferences.

We will only go through the picks and bans in the last patch - 6.81b, since it is the one to be used during the International. For that reason, the amount of statistics available will be rather limited, however there are definitely some unique preferences for each team.

For quite a while Na'Vi was the first thing to come to mind when competitive Dota was mentioned. Flashy plays, ultra-aggressive strategies and unconventional picks is what made the team so popular, along with a very internet-friendly personalities of some of its members.

The team's performance overall can be characterized as either consistently inconsistent or inconsistently consistent. It doesn't make at lot of sense for a reader that has just started following the competitive Dota scene, however the team is notoriously known to fall down into the losers brackets of the main event and climb up all the way to the Grand Finals.

Same goes for smaller tournaments, even though their recent performance can be characterized as underwhelming. At the same time any tournament close to the start of the international can be considered a testing ground and a platform for some mind tricks, where teams do not put out 100% and instead try to conceal the most interesting strategies and mislead the opponents in their evaluation of the teams strength.

There is a multitude of questions that each drafter has to go through when selecting a hero: "Is the hero strong in this patch? Is it easy to counter him with what is still available in the hero pool? Does it synergise well with the rest of the team composition? Can my teammates play the hero?" and many, many more.

Rubick, among other popular picks in the meta. Not only is his skillset great in the current meta of huge, game-changing ultimates, but the proficiency of Kuroky on the hero is almost unparalleled.

Another hero that really stands out for this team is

Batrider. Granted, there is not a lot of statistics available for this hero in 6.81b when it is played by Na'Vi, but three out of three games won certainly shows that they are excellent for the hero and it is still a top pick/ban priority despite the nerfs.

Enchantress is another thing to look out for. His microcontrol on some of the most difficult heroes is always a beauty to look at and this has not changed for quite a while.

Io at the top along with

Batrider. While the first two have been in every team's top list for some time, the Io is somewhat unique to the Na'Vi, since they are both extremely proficient at playing him and understand his value and respect him as an opponent.

6.81b has been introduced over a month ago and the team has been struggling to find the new strategies to the adjusted metagame. Their performance in the 28 matches was not completely horrible, but left a lot to desire for, especially if you are a fan. With a 46.43% Win Rate it is unclear whether the team is intentionally trying to appear weak, or they are simply under-prepared.

Some more heartbreaking stats come from the matchups this team has against EG, with seven out of eight games lost. That is definitely not the state you want to go into the biggest Esports event.

[A]lliance is an epitome of the Western objective-based Dota. Extreme elusiveness and brilliantly executed split-pushing is what allowed this team to claim the status of the Champion in TI3.

Because of this playstyle the public opinion on this team is heavily split, but there is no denying that despite appearing cheesy on the surface, execution of such strategies requires a comparable, if not superior, skill.

Recent nerfs to Split Pushing (or Rat Dota) has undeniably influenced the performance of the team, however slowly but surely they are starting to regain their fomer strength.

As has already been mentioned,

Batrider have become somewhat of a staple in the latest patch and they take the first three spots in the combined Pick+Ban table.

What makes this team unique is a reliance on heroes like

[A]dmiral Bulldog is not only excellent on the first of the three, but constantly develops and pushes the limits of the hero. Among other things, the recent pub trend of

Blink Dagger on Furion is his invention.

If someone told me a couple of months ago that

Brewmaster will be making a comeback to the competitive scene so close to TI4 - I wouldn't believe. At some point the hero was virtually non-existent in both pubs and tournaments and the fact that he is one of the most interesting heroes to watch made me rather sad.

Despite that, [A]lliance have managed to embrace the new trend and realize the potential of the hero, especially on s4 - a player that loves being in the middle of the action and make things happen (

Tidehunter were among other popular pick for the player in the last patch).

The most winning heroes for them was

Treant Protector, with an almost 78% Win Rate in 9 matches. While not exactly being a great pushing hero, he certainly allows for creation of an economic advantage through push, since he allows the team to protect and regenerate own structures, resulting in favorable objective trades.

Io. Apart from being on of the better safe lane supports, he also fits extremely well into the whole split-pushing mindset of the team. Not only does he allow for ganks to happen, but it also makes them a lot more meaningful, since a transition from a pick-off into push is just so much easier when you have such mobility.

The team had a relatively good time in 6.81b after somewhat of a slump in the 6.79-6.80 era. They currently have a 60% Win Rate which is quite high. Most of the team's success, in my opinion, comes from an extremely high versatility of each player, where they are proficient on a high amount of heroes to a great extent, whereas some teams struggle with either low amount of playable heroes or too many heroes neither of which is played perfectly.

Going into TI4 the team is under quite a bit of pressure, especially as the defending Champion. And looking at their recent performance it seems that this pressure is only helping the team to unlock its potential.

EG is probably among the younger teams in the TI4 and it does not only refer to its newly created roster, but also to the average age of the players. For most of the team this International is going to be the first one but the place among the best is well deserved.

Excellent mid plays by Arteezy/Allison coupled with an above average plays of the rest of the team and Fear as a coach this team should not be underestimated.

It has proven to be the strongest among the American teams - a region that has historically been somewhat weak in Dota and now goes toe-to-toe with the most experienced teams out there.

Can they keep Aegis in its country of origin for the first time? We shall see, but they certainly should not be underestimated.

Lycan as the priority picks/bans.

However, there are a lot of other things that make them quite unique. One of them that really stands out is

Phantom Assassin. Played in a mid position, this hero has gained some competitive presence and EG are among the teams that can take a full advantage of a mid-late game carry in mid with an incredible 85.71% Win Rate.

They are also sticking with a somewhat unfashionable combo of

Mirana, albeit with a lower success on the latter.

Bane, on the other hand, is still among the better supports for the team and has a 77.78% Win Rate.

Vengeful Spirit is another quite unconventional pick, but from the stats alone it is clear that when this hero is picked, it is picked for a reason. 100% Win Rate in 6 games is undeniably impressive.

Their offlane player - Universe was formerly known for his amazing

Dark Seer plays, however recently he had a great success as both

While the former is a strong pick in a lot of cases, offlane Void is rather unconventional and looks more like a pub solution to having 5 carries and not knowing how to lane them. Despite that fact, the Win Rate for him was 83.33% in 6 matches.

With an often multicore setup with heroes that require a lot of farm it is weird that the Win Rate for the team is at its lowest in the 40-50 minutes window (50%). For comparison, EG wins 80% of their games that last 30-40 minutes and ~75% in games over the 50 minute mark.

Overall, the stats for the team going into TI4 are the most impressive of today's lineup - 68.57% in 35 Matches. Is the pressure on the younger players from all the TI4 hype going to prevent them from showing the same or better performance during the main event, or is it going to fuel their ambition even further? We shall see. For now the team seems to be in an excellent shape.

The International is the event that pushes each team to its maximum and it is always interesting to watch. From Qualifiers up until Grand Final the teams keep on showing new strategies, develop the metagame and generally give a direction to the competitive play for the next several months. This year in particular, with more diversity in playstyles and team origins.

Stay tuned for the next discussion on Cloud9, Fnatic and IG coming very soon. You can also follow us on Facebook and Twitter to keep up to date with the newest blog post releases and interesting stats. 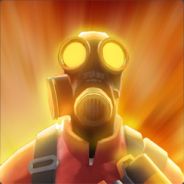 Would it be possible to do the chinese teams on their own and compare their differences (if any)?

Our current plan is to mix them up, and each team profile is usually contained to that teams recent performances, whether its against other teams in the scene or internationally, like at ESL. I think the comparison to east/west meta is really interesting and it'll give a preview of what kind of meta we can expect at TI4. :P newbee is something tho. no graphs or statistics, photos?

@Gamer we've hyperlinked our eSports stats at the top of each team profile. I'll be sure to make this clear in future posts. Thanks! Awesome! I hope u can continue this good work. Na`Vi are just (like you mentioned) trying to appear that they're weak. I think they can do a lot better this year. With the meta shifting away from the lategame-oriented trilane strategies and more towards critical midgame choices, five-man brawls and high mobility, I have a feeling Na'Vi aren't going to have much competition once they get on form. Bulldog didn't really invent furion dagger, other players have done it before I believe, including funn1k