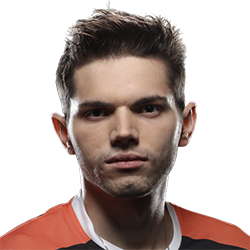 Despite his young age (21), Lil is a vastly experienced player in the CIS region. Having played alongside true veterans, Lil himself has become a skilled player that is mostly known for his strong support play on heroes such as Visage and Io and for popularizing the support Weaver. Lil is a confident player who has been very vocal about regional issues on social media.